John Cebollero is no stranger to this site, I was able to interview him last April as well as show his work in both the “Attack of the B Movie Show” and “This is the End” exhibitions. In the past week I learned that John will not only have an interview in the October issue of Juxtapoz, but will also have his art featured on the cover of the subscriber version. The artwork used is none other than “Exit Eleven”, the outstanding painting he submitted to the “This is the End” show. I’m very happy for John, I hope this exposure shows how talented he is and brings him even more fans. It looks like its going to be a great issue, and having John’s artwork on the cover makes it a must buy.

Prints poll and new article for the site 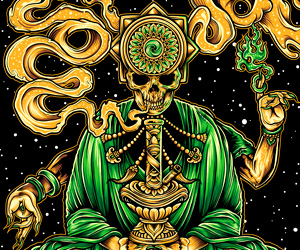